QBURGH: Come on down to the New Hazlett Theater’s drag game show 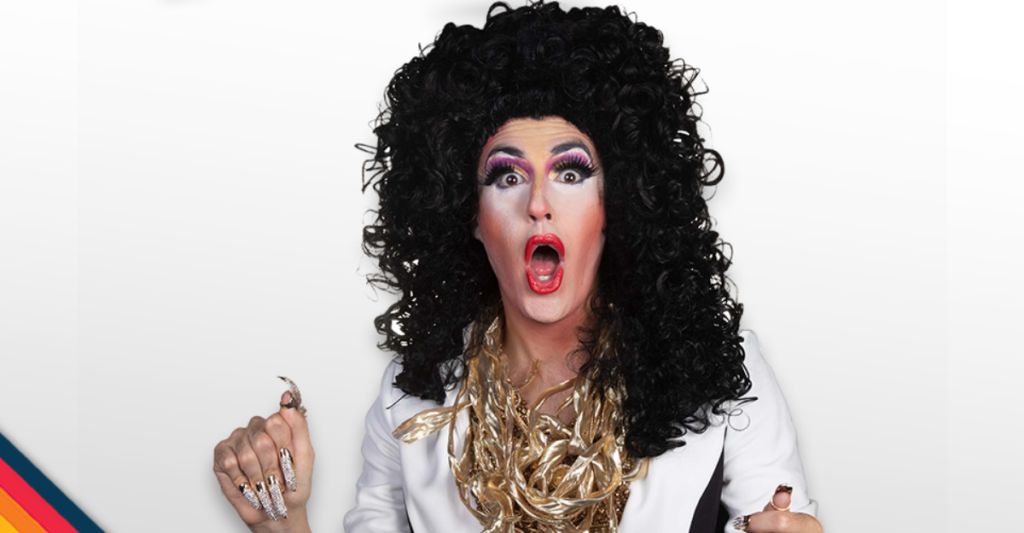 “Princess Jafar has been seen from East Liberty to the South Side producing hilarious late-night talk shows,” says Director of Programming Kristin Helfrich.“We wanted to see what would happen when we supported the Princess as she created a fully produced interactive game show complete with special guests and amazing prizes. This is just the kind of pick-me-up that the Pittsburgh Arts community needs in the middle of winter! Don’t miss it!”

Creator, hostess, and bona fide Pittsburgh royalty Princess Jafar incorporates themes from 90’s pop culture and queer influences to create genre-bending, hilarious original productions. She is also an LGBTQ+ advocate and active fundraiser, raising over $25,000 for Queer Pittsburgh artists of Color since 2017. The Princess is Right! not only gives audience members the opportunity to win real prizes but Princess Jafar will also award $500 to the charity of a winner’s choice.

“Even though we are still playing with TV show formats of old sitcoms and late-night specials like we have in past productions, this show differs from other Princess Jafar shows because it focuses on the game show element,”Princess Jafar told Pittsburgh City Paper in a recent article. “Our goal with The Princess Is Right is to give back to the audiences who have made it through a few very tough years.”

The Princess is Right! has three showings only: Thursday, February 17 at 8 p.m. and Friday, February 18 at 11 a.m. & 8 p.m. Tickets are available for purchase on the New Hazlett website. Tickets range from $15–$25 but Allegheny County library cardholders can reserve $5 tickets to the Friday matinee through RadPasss.org.

This production is part of the Theater’s 2021/22 Community Supported Art Performance Series (CSA), which provides emerging artists with the opportunity to develop new work for the New Hazlett stage. Each year the CSA supports five emerging Pittsburgh artists as they develop a new work for the New Hazlett stage. The artists featured in the 2021/22 season range from up-and-coming playwrights to inventive musicians to a sassy Queen with a heart of gold. Past CSA contributors include recording artist Brittany Chantele, choreographer Kaylin Horgan, and director/playwright Tlaloc Rivas. Through the CSA program, the New Hazlett Theater provides opportunities for diverse voices to shape the future of theater and connect audiences with fresh productions that challenge their expectations of what theater can do.

In order to ensure a safe experience for all audience members, masks, photo ID, and proof of vaccination are required. Read the most updated safety guidelines on the New Hazlett website.  Accessible seating and assistive listening devices are available for all productions.