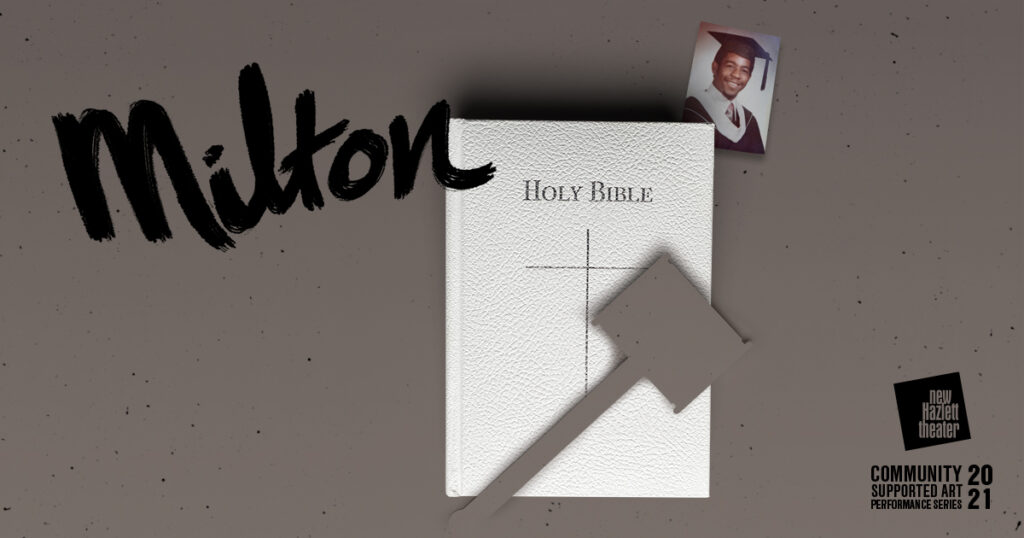 In 2011, Pittsburgh attorney Milton Raiford took to the stage to venture into the world of improvised dance. The event was the August Wilson Center Dance Ensemble’s annual fundraiser So You Think They Can’t Dance — a play on the popular TV show Dancing With The Stars — where Pittsburgh celebrities were paired with company dancers. Raiford was paired with Kaylin Horgan, then a company member who previously honed her improv chops while dancing in Pearlann Porter’s Pillow Project. The story of the lead-up to that performance along with vignettes from Raiford’s life inform Horgan’s new dance piece Milton.
Milton is the second performance in the eighth season of the New Hazlett Theater’s CSA performance series. Three showings of the piece will occur on April 8 and 9, 2021.

In Milton, the audience sees Raiford at different points in his life — a fifth-grade Raiford (played by Daijaun Marshman) wins the spelling bee; a teenage Raiford (played by LaTrea Derome) enters into an interracial relationship. Speaking of the relationship, Horgan says, “For her, protest is being with this guy and standing up for this love. For him, he realizes that his protest is his success.” The audience also sees fictionalized examples of court cases.