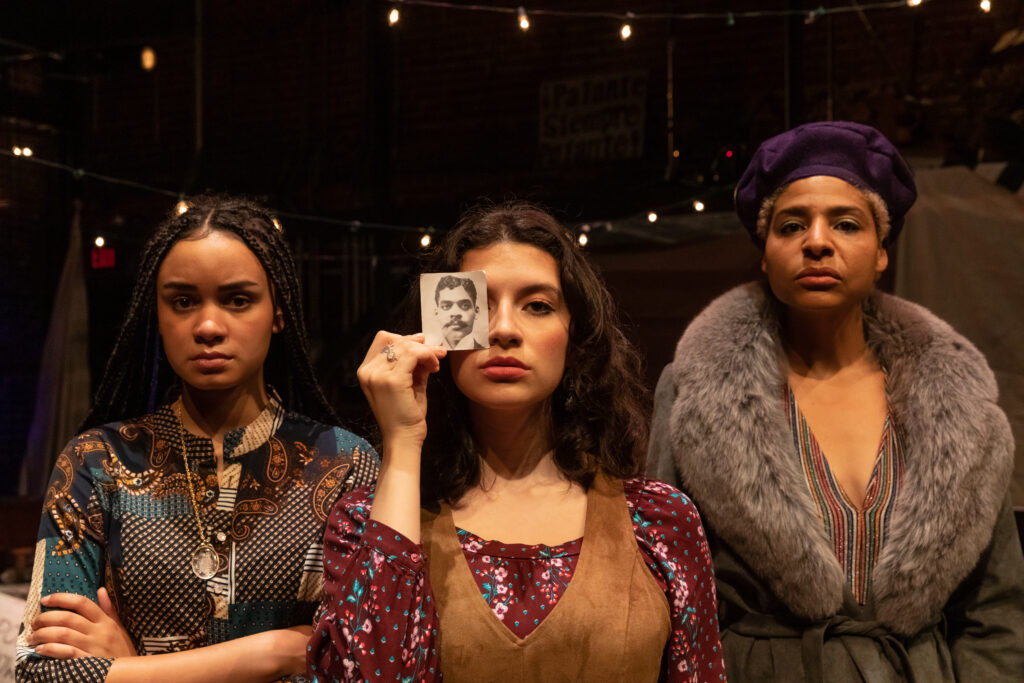 You might not have heard of the Young Lords, but they were big news in New York City in the the summer of 1969. Inspired by the Black Panthers, this group of Puerto Rican activists protested poor garbage collection in their community by setting a huge pile of trash on fire on First Avenue, in the East Harlem neighborhood known as El Barrio. Among other actions, they later occupied a church and even a hospital in an effort to get more resources for their community. And they were outspoken advocates of self-determination for Puerto Rico, then as now an unincorporated U.S. territory.

That summer was a flashpoint for the growing Puerto Rican identity movement, preceding even widespread use of the term “Nuyorican.” It’s also the historical backdrop for “The Revolution of Evelyn Serrano,” a young-adult novel by Sonia Manzano published in 2014. Not long after, the story about a Puerto Rican teenager struck a chord with Tlaloc Rivas, a playwright and theater artist who grew up in California with parents involved in the Chicano-rights movement.

Rivas’ stage adaptation of the book premieres this week in a virtual production, part of the New Hazlett Theater’s Community Supported Art series.

“This play shows that you can, at any age, at a very young age, have a voice, and you have the power to engage in protesting for what you want and what you believe in, to make the world a better place,” said Rivas, who lives in Pittsburgh and has stage credits around the country.

The story broadly follows the debut novel by Manzano, known to generations of kids as “Maria” on Sesame Street. Tlaloc, who often consulted Manzano about his stage adaptation, said that while the novel’s story is fictional, it draws on elements of autobiography from Manzano, who is Puerto Rican and grew up in the South Bronx, and a cousin of hers who lived in El Barrio.

Rivas is a recent Presidential Postdoctoral Fellow at Carnegie Mellon’s School of Drama who came to Pittsburgh in 2018. His career has long blended theater with community engagement and social activism. His plays including “Take What You Can Carry,” “Diversadero,” “Johanna: Facing Forward,” and “Byzantine” have been staged at theaters nationally. Rivas is a co-founder of the Latinx Theatre Commons, and producer of the series The Latinx Superfriends Playwriting Hour, on HowlRound.com. His other Pittsburgh credit was co-directing “Peribanez” for Quantum Theatre in 2016 with his wife, Megan Monaghan Rivas, interim head of CMU’s School of Drama.

For “The Revolution of Evelyn Serrano,” Rivas said he was most intrigued by how the family dynamics in the book intersected with society at large. “What really caught my attention was it was really about three generations of Puerto Rican women, each with their own viewpoints about the world, and how quickly change can happen, socially, politically and personally,” he said.