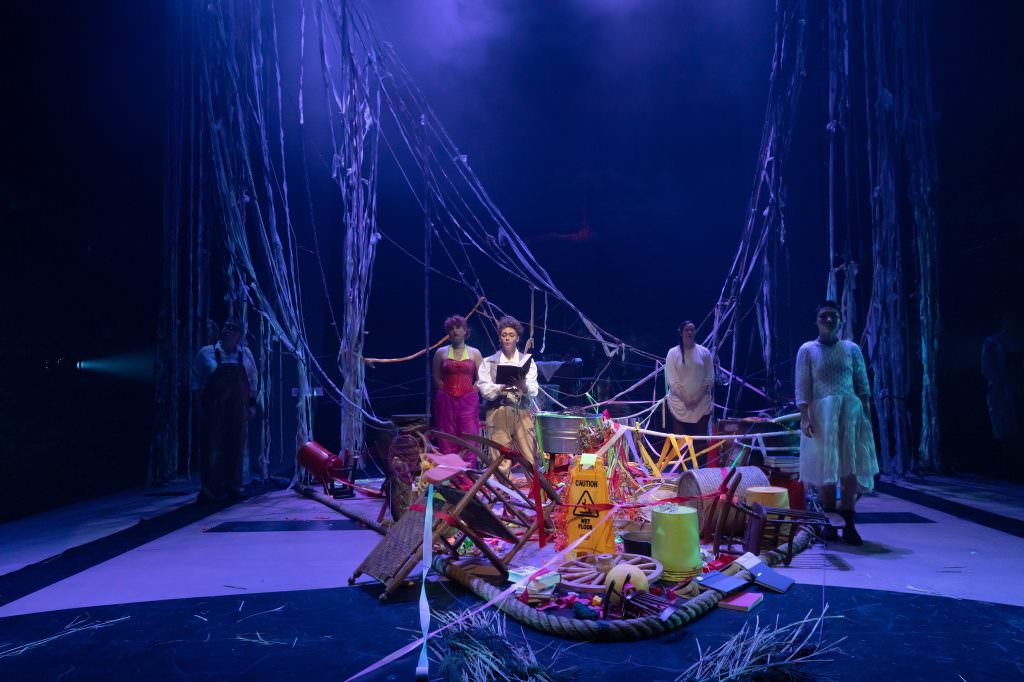 Continuing Recital’s sponsored partnership with the New Hazlett Theater, we are presenting a series of editorially-independent previews and reviews of the 2019–2020 Community Supported Art (CSA) Performance Series. Below is our review of Terminer by Philip Wesley Gates, a collaborative response from Recital editor David Bernabo and guest panelists Jason Baldinger, Emma Vescio, and Samir Gangwani. Read their bios at the end of the review. And read our preview of the performance here.

Review: ‘Terminer’ Makes Something New of the Salem Witch Trials

An impeccable production that leaves one with questions and hopes

Philip Wesley Gates and the cast of Terminer revisit the Salem witch trials, a historical event that is known widely but, often, superficially. In re-examining trial transcripts and historical accounts, Gates uncovers a web of conflicting agendas — the powerful accusing the powerless of witchcraft, victims of abuse exacting revenge by identifying wizards. The team uses trial re-enactments, performed rituals, choreography, and beautiful stage and sound design to deliver a series of case studies that attempt to build parallels between the exploitation of power circa 1692 to the systems of logic and decision-making that impact society today.

The world of Terminer could be viewed as historical, as a period piece set in Salem, Massachusetts in 1692, but it would be more accurate to consider the performance as a contemporary reading of past events and current developments. Historical reenactments of court trials that indulge in the peculiar language of the time mix with fantastical current-day abstractions branching out into topics of artificial intelligence and computational thinking.

I should say that our review panel was split on the success of many of the ideas in Terminer. As we go through this review, I’ll point out some of the divergent opinions.