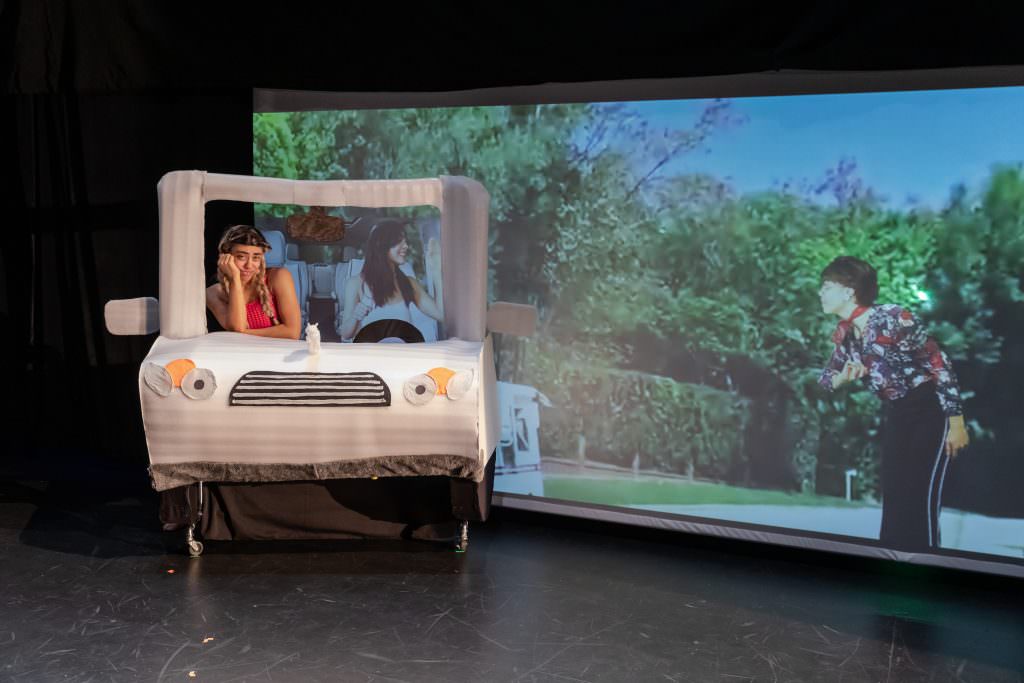 Continuing Recital’s sponsored partnership with the New Hazlett Theater, they are presenting a series of editorially-independent previews and reviews of the 2019–2020 Community Supported Art (CSA) Performance Series. Below is their review of The Secret Life of Gym Girls by Anna Azizzy, a collaborative response from Recital editor David Bernabo and guest panelists Jason Baldinger, Emma Vescio, and Ariel Xiu. Read their bios at the end of the review. And read their preview of the performance here.

“The Secret Life of Gym Girls” is captivating, hilarious, and poignant

In The Secret Life of Gym Girls, interdisciplinary artist Anna Azizzy uses the world of prepubescent gymnastics to examine queerness and transness, along with issues of ageism and power hierarchies. And while that may sound heavy, Azizzy addresses those issues with an overflow of humor and energy that provides an accessible pathway to understanding and sympathizing with the stress of maintaining a life hidden from society, a life with secret desires and needs. The piece is also technically impressive. Azizzy performs all of the characters, utilizing a number of fabulous, campy costumes and a unique technological solution to staging. By avoid stereotypes and prioritizing the absurd (yet poignant), Gym Girls is a triumph. Azizzy creates a performance structure that can grow and mutate as different pockets of the gym girl universe are revealed.

In addition to filming, editing, and animating the projections on stage, Azizzy also performs every character aside from an occasional choir of singers that emerge from time to time. The “ensemble cast” includes the four gym girls (Harper, 10, Pam, 13, Gracie, 16, and Abbie, 16), their respective moms (Frankie, Gene, Beth, and Jackie), and the team coach. Azizzy takes turns playing different characters while the rest of the ensemble exists on a rear-projection screen that acts as the back wall of the stage. There is no overarching narrative; rather, stories about most of the characters’ secrets are told in sequence, kind of like a large band where each member takes a turn at the mic.