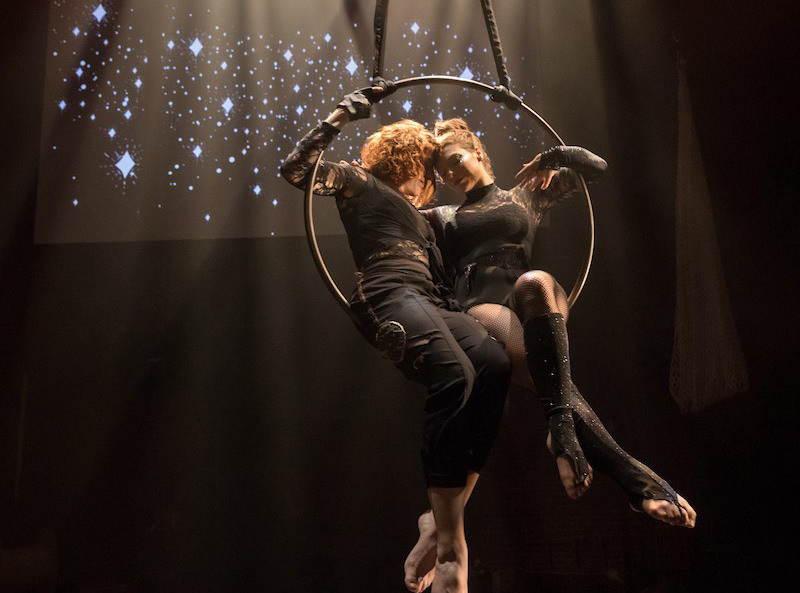 Picking up where The Glassblock left off last year and as part of a Recital sponsored partnership with the New Hazlett Theater, Recital is presenting a series of editorially-independent previews and reviews of the 2017–2018 Community Supported Art (CSA) Performance Series. Below is their review of Escape Velocity by Double Blind Productions, a collaborative response from Recital editor David Bernabo, season review panelist Jason Baldinger, and guest panelist Maggie Lynn Negrete.

The plot and the characters were inspired by a deck of tarot cards — the beautifully-illustrated Wayfarer’s Deck, created by the group’s aerial director Mandy Hackman and visual director John Hackman. To that end, each character is based on a tarot card. But the plot also draws on classic justice-revenge tropes where a collective mass rises up against its oppressor — think Tod Browning’s 1932 film Freaks or Federico Fellini’s Orchestra Rehearsal.