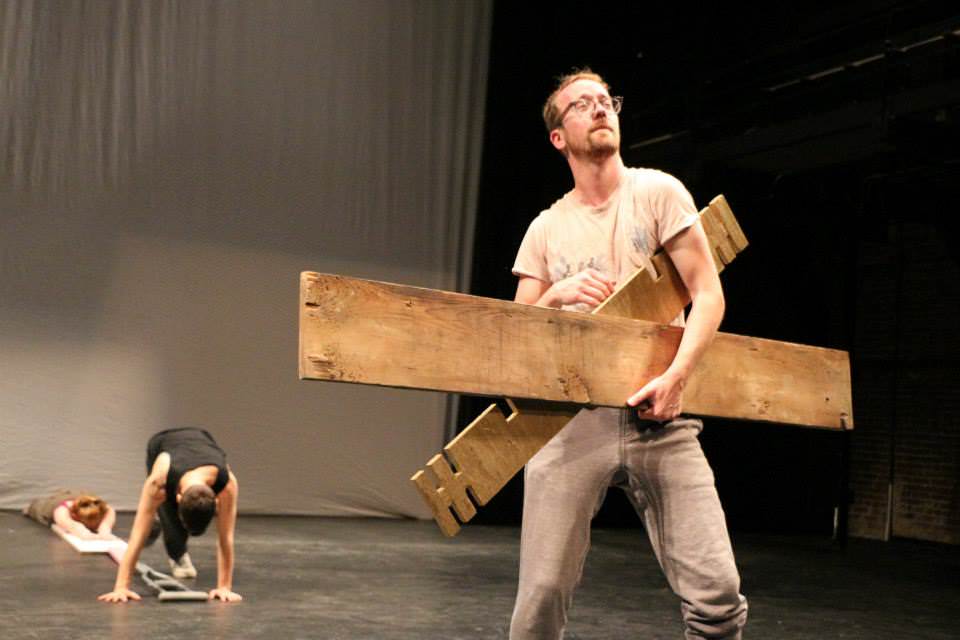 People may be surprised to learn that you’re essentially self-taught. What did you study in college?

Business administration with a finance track. And a poetry minor. [Laughs.] I took film classes, too, because they counted towards electives.

Nevertheless you have an incredibly diverse practice that cuts across every medium. I always assumed you were primarily a visual artist, but you’re actually best known as a musician. How did your creative trajectory lead you to visual / performance art?

I started in music. My AP English teacher had this band, Boxstep, which I joined when I went to college at CMU. A couple of years later the drummer and I spun off into our own band, Vale and Year, which included free improv, so people would ask us to do sound installations. That was kind of the first art thing we did. From there, the thought of being an artist and creating work crept into and around the process of making music.

Around that time [2001-02], I found John Cage. Then I found Merce Cunningham. And then I found a student dance group at CMU, Without Flesh, and I did my first dance collaborations with them, but music remained the focus. We were playing at Modern Formations gallery a lot. [Owner] Jen [Quinio] gave me my first solo show. I was interested in music scores. On the walls were nails and strings, and I called that a “score.” There were pieces—nails in wood, paintings, paintings between glass. Violinist Ben Harris and I gave two performances where we walked around and played the scores live.

How has collaboration informed your work?

Based on past movement creation exercises with Maree ReMalia, during rehearsal, we break, take five minutes, and come up with a solo idea. So everyone has some ownership over the movement as a collaboration. Then we’ll all edit those movements. So there’s a section in this piece where Ru and JoAnna [Dehler] contributed six movements; I contributed one. Now they’re “options” that can be danced within a three-minute duration. 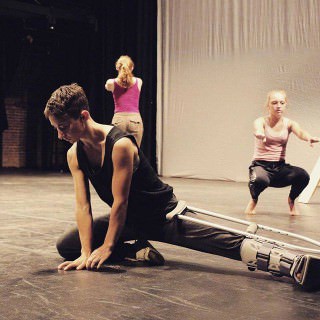 When complete, will the performance be improvised?

Yes and no. The movements are fairly strict, but you can push and pull them. During the performance, you can pick any order.

What were you looking for in the dancers?

I guess I was looking for people who didn’t have a preconceived notion of what doing dance had to be. JoAnna is extremely well-trained, but I thought her excitement would be very good for what we wanted to do. One thing I’ve been attracted to is awkward forms—looking at different ways the body can be stretched and bowed. That kind of conflicts with how ballet dancers are taught—or jazz or in some sense hip hop.

How would you describe your creative process?

The process of editing drives a lot of my projects. In my film work, it’s sitting down and editing that I really like. Mixing found footage with original material, too. Painting a big pink square really bores me, but having one to use in a piece is interesting.

What are the major thematic concerns in this piece?

I think it deals with reality and artifice and—this is going to sound so trite—life. Simulation of something real, versus a simulation of a simulation and getting into those layers as a way to—not too bluntly—get at some political statement. There’s a thought that [art]work should be addressing the atrocity of today. That goes really badly sometimes, really heavy-handed. I like playing with structure of theatre and forms, without content. I’ve gravitated to that, which I think is kind of inconsequential. So I wanted to put some other statements in there but not in a blunt way. I feel that working at different levels of reality—onstage reality, the fourth wall—I’m able to pepper in a couple of other statements. And I’m happy with how that’s turning out.

What is the biggest risk you’re taking with this work? What do you fear?

I think I’ve been focusing so much on making sure the concept is solid and the big themes are apparent, I hope the movement is interesting. I hope it’s good to watch.

What surprised you most about this piece or the process of making it?

Just finding out what the concept is. As of about two weeks ago, I still didn’t know what this piece was. When I started I had an idea but I couldn’t really explain it. 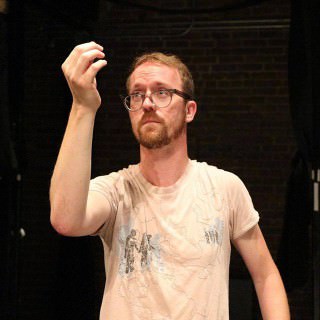 What inspired the piece?

Since 2011, I have been creating and working with a dance structure called MODULES, which is based in small part on Cunningham’s Events and John Zorn’s Cobra game pieces. MODULES is intended to be a mechanism to encourage democratic movement composition where performers can contribute ideas to an evening’s performance. The Reduction includes a number of MODULESS—the Shake module, Creature, Looper, Crawl and Pose. Throughout the 13 performances of MODULES, we have played with audience expectation—opening remarks with false information, endless bowing sequences. This piece provides a chance for us to work with expectation on a larger scale.

Full Shares and Single Tickets are now on sale