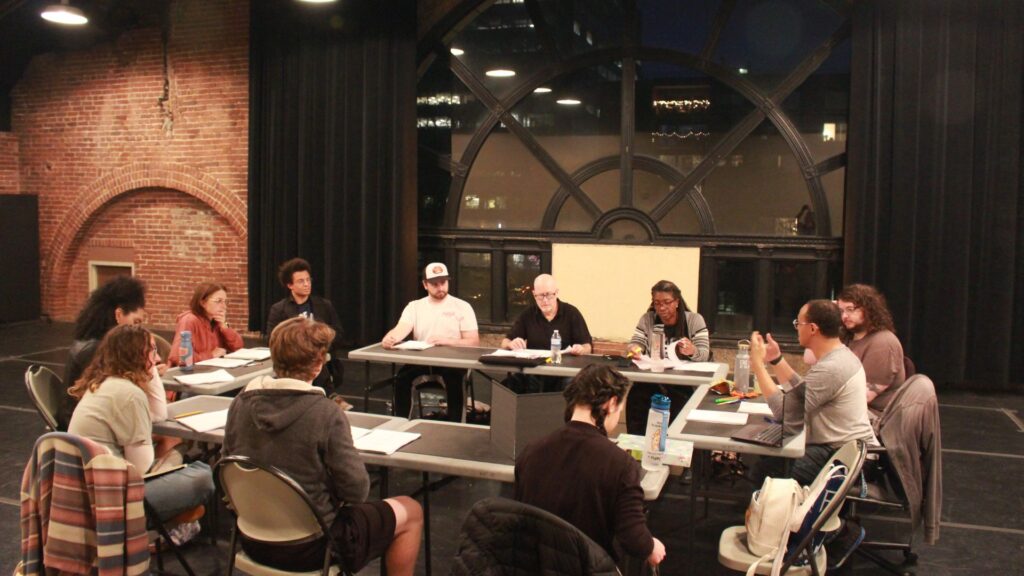 High school can be a trying place under the best of circumstances. Despite the excitement of growing up, hormones and independent streaks often derail the innocent childhoods on which teens once coasted. In less protected communities and households, that naivete was lost before freshman year.

With less supervision and more freedom than when they were children, high schoolers test their boundaries. Rules are questioned and broken. After stories of mythical creatures and magic have been replaced by more bitter realities, teenagers live in a strange paradox of development and dissolution. Teachers, guardians, and other adults saddle students with stressors as they prepare for their futures but often dismiss their consequential grievances when compared to challenges in “the real world.”

Nathan Wagner, a recent college graduate, is venturing back to high school in his new play, Perdita. When describing his CSA production, he says, “The show is about a high school student and his struggles in dealing with a personal tragedy — the struggle of growing up too fast in a world that’s still treating you like a child and not valuing your opinion or the things that you have to say.”

While trying to claim one’s space between child and adult, it is no coincidence that the title of this show, Perdita, is an Italian word meaning “lost.”

“I picked the name because it’s a character in [Shakespeare’s] A Winter’s Tale that had a translation that I thought worked really well with the character it represents,” Wagner explains. “Perdita is not a main character, but it is a character in the show that I won’t talk about too much because it is a bit of a spoiler.” Wagner, instead, focuses on his subject matter through his main character, Ethan Cole.

“It’s addressing some issues with the educational system as well as dealing with the interpersonal issues that come from grief and the loss of a loved one. [It deals with] growing passed that and becoming the person who you want to be outside of the grief while still remembering the person that you lost.”

In case the subject matter seems a bit overwhelming, Wagner puts us at ease. “Talking in some of the theming, it gets a little heavy-minded, but I think it’s a very fun show. There’s a lot of comedic elements to it, and there’s some Shakespeare in there for flavor.”

He means it. Shakespeare’s work is alive and well in this show.

“One of the aspects of Shakespeare that gets brought in is that the main character has a ghost of a character that speaks Shakespearean quotes to them. In math class, there’s a quote from Shakespeare that says, ‘I am ill at these numbers.’ It’s just a lot of those fun little Easter eggs if you’re a Shakespeare fan, and if not, then it’s just a fun, old teenage drama.”

Wagner conceived of this piece in April 2020, “just after the world ended,” he jokes. Since his first draft, though, his own life has changed in a profound and personal way, affecting the way this production of Perdita explores its issues.

“I lost my Mom in April, so the grief aspect has been a lot more poignant. A week after my Mom passed away, I got a call that I got accepted for the CSA, so my first thought after getting that call was, ‘Oh, I can’t tell my Mom,’ and that made me very sad, but that has kind of informed the editing process since being accepted, being a little bit more aware of the grief and how poignant that can be and powerful that can be to a person’s mental state.”