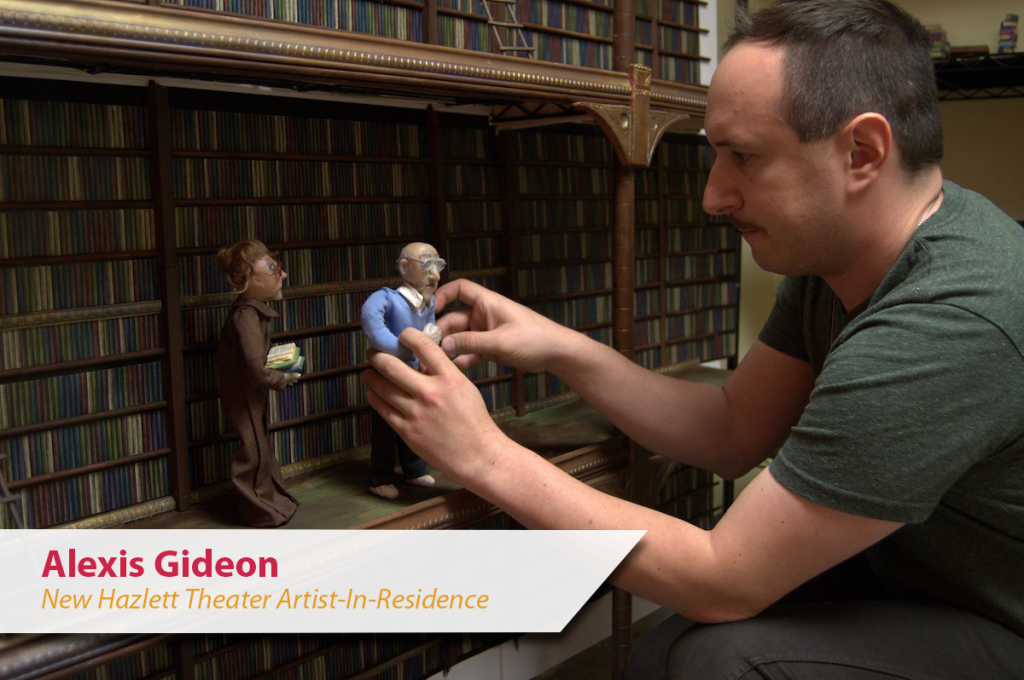 Alexis Gideon and a team of artistic collaborators present the world premiere of The Crumbling, a 20 minute narrative stop-motion animated opera that combines projected video with live music.  Over the course of the next few months, we’ll follow Alexis and his team’s progress here on the New Hazlett blog.  We’ll also be adding photo journal updates on our Facebook page, so be sure to follow us there.

Set in a dream-like mythic town, The Crumbling follows the trials of an apprentice librarian as she tries to save her city from crumbling down around her.  The Crumbling explores the importance of word and symbol in a decaying culture, as well as the marginalization and persecution of people based on heritage, gender, race or belief, and all that is lost in such persecution.  It takes a modern and innovative form, while drawing from ancient texts and esoterica such as the Kabbalah, the Hermetic Philosophy of ancient Egypt, the mystical beliefs of Hildegarde von Bingen, Alchemy of the 16th Century, and the mid 19th Century occult beliefs of the Hermetic Brotherhood of Luxor.

Alexis and His Team

Gideon will perform his previous video opera – Video Musics III: Floating Oceans – in Carnegie Mellon University’s Miller Gallery as part of the Pittsburgh Biennial this fall where original 2d and 3d pieces from the video opera will also be on display. Buy cheap Viagra online https://surgicaleducation.com/viagra/ for ED treatment.