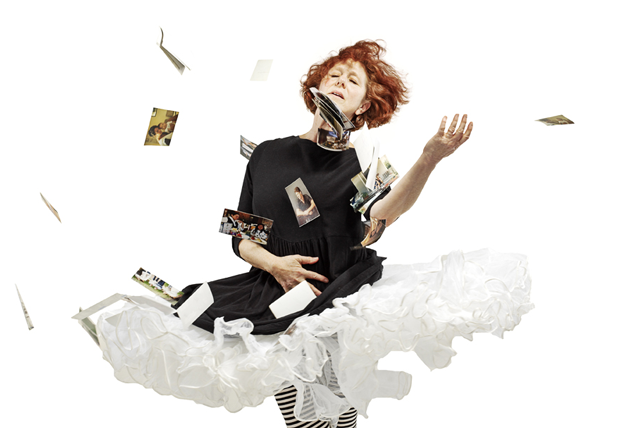 Beth Corning and Dominique Serrand come together for Pittsburgh’s 4 annual Glue Factory Project to bring us REMAINS – a one woman show.  The show confronts personal end-time issues of loss — loss of memory, of mortality.

We sat down with Beth for a quick talk about the project, her connections with Tony award-winning directory Serrand, and what happens after dinner.

NHT: For those unfamiliar with the Glue Factory Project, can you tell us a little bit about it and why it’s important?

Beth: The Glue Factory is about recognizing the fact that aging artists still have something very important to say.  We live in a society that tends to value youth.  Dance, especially, puts an emphasis on it.  But someone like Mikhail Baryshnikov is doing work right now that no 20 or 30 year old could ever do.  It’s a very important landscape to traverse.

How did you meet Dominique Serrand?

We’ve known each other for 20-something years.  Dominique does brilliant work, obviously.  So when I decided that I needed to grow and change — not just learn a few new steps but to change on a cellular level — I called him up and said, “I want to work with you.”  And he said, “Let’s do it!”

How much of your personal life — your own experiences — goes into the creation of a piece like REMAINS?

Well, everything that I make is personal.  That being said, I work very hard to make the personal universal.  I don’t see this as a cathartic work.  I’m not up there to work my personal problems out on stage.  And of course Dominique [Serrand] has made REMAINS partly his as well.  So even though it’s my story — it comes from me — it’s been opened up because of him.  REMAINS isn’t a diary, but there are seeds from my life in there.