Presented by Human Equity Through Art 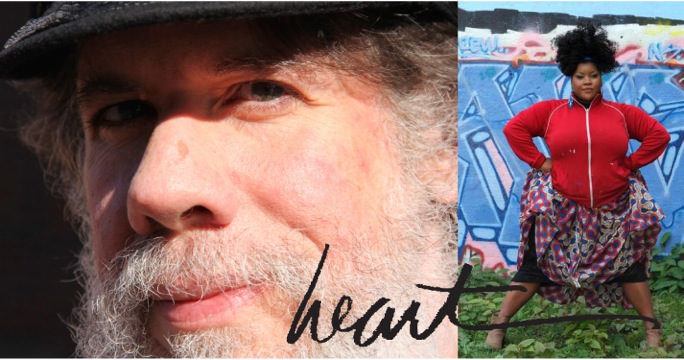 Martín Espada has published more than 15 books as a poet, editor, essayist and translator. His latest collection of poems, The Trouble Ball, is the recipient of the Milt Kessler Award, a Massachusetts Book Award, and an International Latino Book Award.

Vanessa German is an artist, actress, playwright, sculptor, performer and educator. She has written and performed several spoken word operas and been the featured performer at The Vineyard Playhouse, The Three Rivers Arts Festival and The August Wilson Center for African American Culture, the International Arts Festival in Grahmstown, South Africa, Pop TECH, Harvard, MIT, TED Women, and TED Education.

Tickets for this reading are FREE with a suggested donation of $5 at the door. Please RSVP by emailing editors@heartjournalonline.com with names of confirmed guests by June 19.