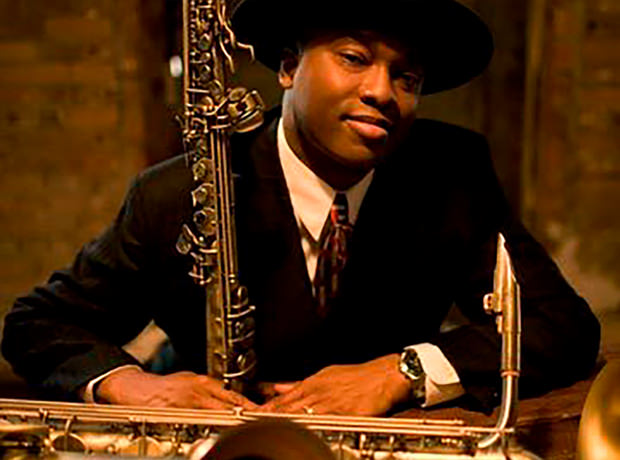 A Tribute to Rahsaan Roland Kirk

After Wynton Marsalis, no one caused more of an uproar than James Carter when he appeared on the New York jazz scene from his native Detroit.

Carter’s debut recording, JC on the Set, issued in Japan when he was only 23 and in the States a year later in 1993, was universally acclaimed as the finest debut by a saxophonist in decades.

Carter plays both tenor and soprano saxophone and has an encyclopedic knowledge of jazz and an unprecedented technical mastery of practically all sizes of both saxophones and clarinets.

All of this stems from a deep passion for Afro-American music.

With his powerful sound and his enormous energy, Carter is appropriately recognized as one of the best jazz artists of his generation.