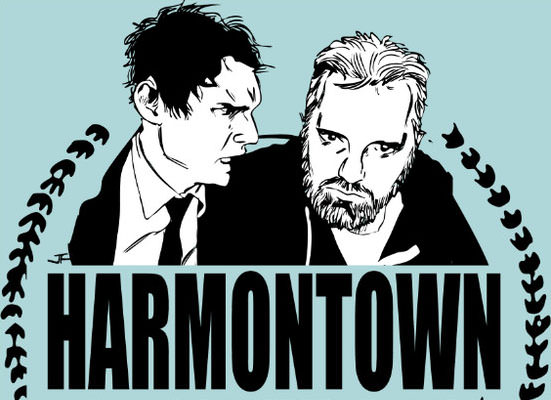 Creator, writer and producer of hit comedy series such as NBC’s Community and Comedy Central’s The Sarah Silverman Program, Dan Harmon is one funny guy. Harmon, along with fellow funny man Jeff Davis, Whose Line Is It Anyway?, can currently be heard on their comedy podcast HARMONTOWN. The podcast fulfills Harmon’s dream to found a colony for like-minded misfits where he serves as mayor and has appointed the suit-clad Davis as his trusty comptroller (i.e. co-host). The show is deeply confessional in nature, with Harmon sharing off-the-cuff anecdotes with brazen honesty, bravado and enthusiasm.