Is This Finished? In Conversation with Mo Willems 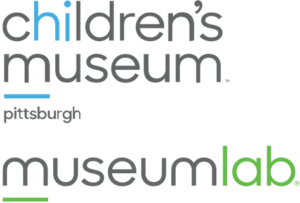 Calling all educators and former children!

Spend an evening with author/illustrator Mo Willems as he discusses his career, artistic process and current projects with Children’s Museum of Pittsburgh Executive Director Jane Werner, including his recent book, Opposites Abstract, and the exhibit based on it opening at MuseumLab.

Willems is best known for his #1 New York Times bestselling picture books, which have been awarded three Caldecott Honors (Don’t Let the Pigeon Drive the Bus!; Knuffle Bunny: A Cautionary Tale; Knuffle Bunny Too: A Case of Mistaken Identity), and his celebrated Elephant and Piggie early reader series, which has been awarded two Theodor Geisel Medals and five Geisel Honors.

Mo’s art has been exhibited around the world, including major solo retrospectives at the High Museum (Atlanta) and the New-York Historical Society (NYC). Over the last decade, Willems has become the most produced playwright of Theater for Young Audiences in America, having written or co-written four musicals based on his books.

He began his career as a writer and animator on PBS’ Sesame Street, where he garnered six Emmy Awards (writing). Other television work includes two series on Cartoon Network: Sheep in the Big City (creator + head writer) and Codename: Kids Next Door (head writer). Mo’s recent TV projects include the live action comedy special Don’t Let the Pigeon Do Storytime! and an animated rock opera special based on Naked Mole Rat Gets Dressed, which premiered on HBOMax. In April 2023, Mo will celebrate the 20th anniversary of Don’t Let the Pigeon Drive the Bus! with the publication of Be the Bus: The Lost & Profound Wisdom of The Pigeon (Union Square Kids, April 4, 2023), a humor book for adults, and Don’t Let the Pigeon Drive the Bus! 20th Anniversary Edition (Hyperion Books for Children, April 4, 2023) including an exclusive board game. His papers reside at Yale University’s Beinecke Library.

ELEPHANT & PIGGIE is a trademark of The Mo Willems Studio, Inc.

Learn more about the new exhibit, Opposites Abstract: A Mo Willems Exhibit, opening at MuseumLab on February 4 at noon.