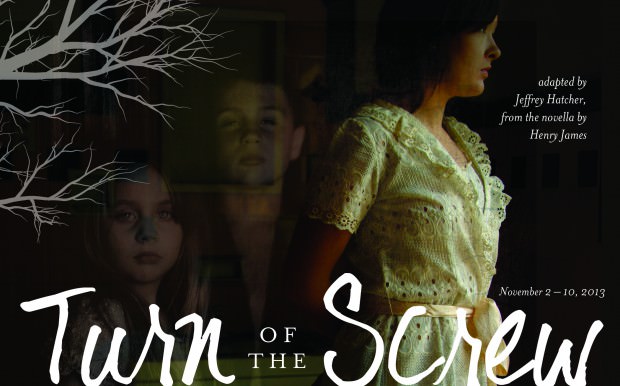 Turn of the Screw

An old English Manor House is filled with secrets, strange movements flicker in the underbrush, unidentifiable cries are heard in the moonlight, abrupt coldness and breezes feel like you’re being touched. Are the children haunted by the ghosts? What does the governess see? Is it her own imagination?

10pm on Friday, November 8 after the Turn of the Screw performance

Celebrate the 45th anniversary of Night of the Living Dead with readings of tales of terror hosted by David Crawford as the master of the macabre himself, Edgar Allan Poe.  Directed by Dek Ingraham.