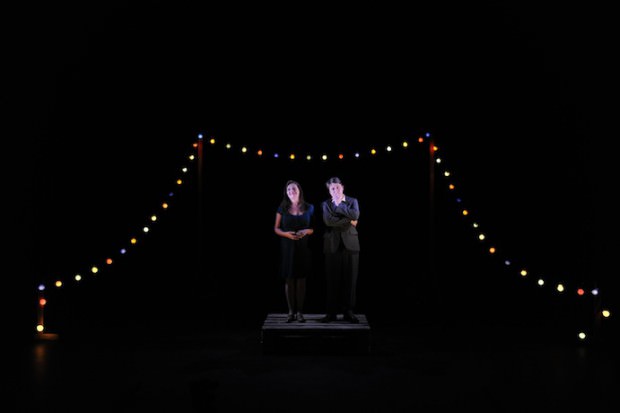 Presented by the Warhol and the New Hazlett Theater

On a makeshift fairground stage, two performers speculate about what tomorrow might bring—from utopian and dystopian visions to science fiction scenarios, political nightmares, and absurd fantasies. A playful, poignant, and delirious look at futures both possible and impossible, Tomorrow’s Parties is a dramatic take on the Anthropocene.

This performance is co-presented with The Warhol and Carnegie Nexus as part of the series Strange Times: Earth in the Age of the Human. Media sponsors for Strange Times: WYEP 91.3 and 90.5 WESA.