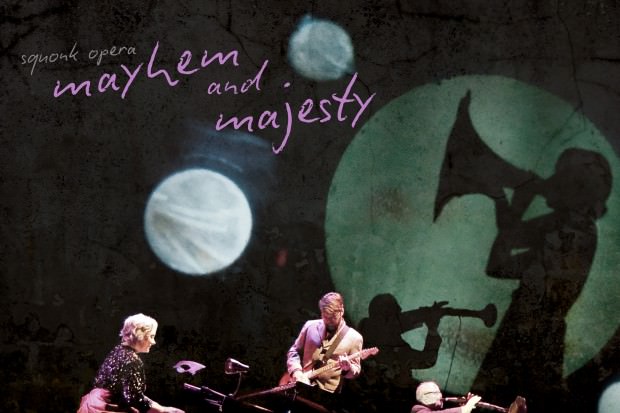 Squonk Opera’s national roadshow tour, Mayhem and Majesty, returns home for one weekend before going to New York for an Off Broadway run.  Pittsburgh Magazine called Mayhem and Majesty “a tsunami of sound and light…a hypnotic celebration of musical sound and what that sound does to the soul.” Critics say featured vocalist Anna Elder’s voice switches “between ethereal, angelic tones and belting, raw power.”

Join the Squonkers in preparing the Mayhem and the Majesty to deliver to New York City with a pre-show reception, hosted by Squonk Opera.  Food and drink and a sneak peek backstage are included.

An ensemble of musicians, artists, and technicians led by artist Steve O’Hearn and composer Jackie Dempsey, the group creates post-industrial performances with original music, design, and staging and has played on 3 continents and 28 states. For more information, visit Squonk Opera.